I took these photos of the Delta Queen in July 2008 from my backyard deck overlooking the Ohio River in Newburgh, IN. 2008 was the final year that the the Delta Queen cruised the Ohio River. Built in 1926, the steamboat for many years cruised the Mississippi River and its tributaries on a regular schedule, with cruises ranging from New Orleans to Memphis to St. Louis to St. Paul to Cincinnati to Pittsburgh, and many more. The Delta Queen was listed on the National Register of Historic Places in 1970 and further was declared a National Historic Landmark in 1989.

However, at the end of the 2008 season, the Delta Queen ceased all service due to the loss of an exemption to the law prohibiting the operation of overnight passenger vessels with wooden superstructures. On February 11, 2009, the Delta Queen arrived in Chattanooga, Tennessee to become a floating boutique hotel.

The Delta Queen is 285 feet long, 58 feet wide, and draws 11.5 feet. She weighs 1,650 tons, with a capacity of 176 passengers. Her cross-compounded steam engines generate 2,000 indicated horsepower, powering a stern-mounted paddlewheel. 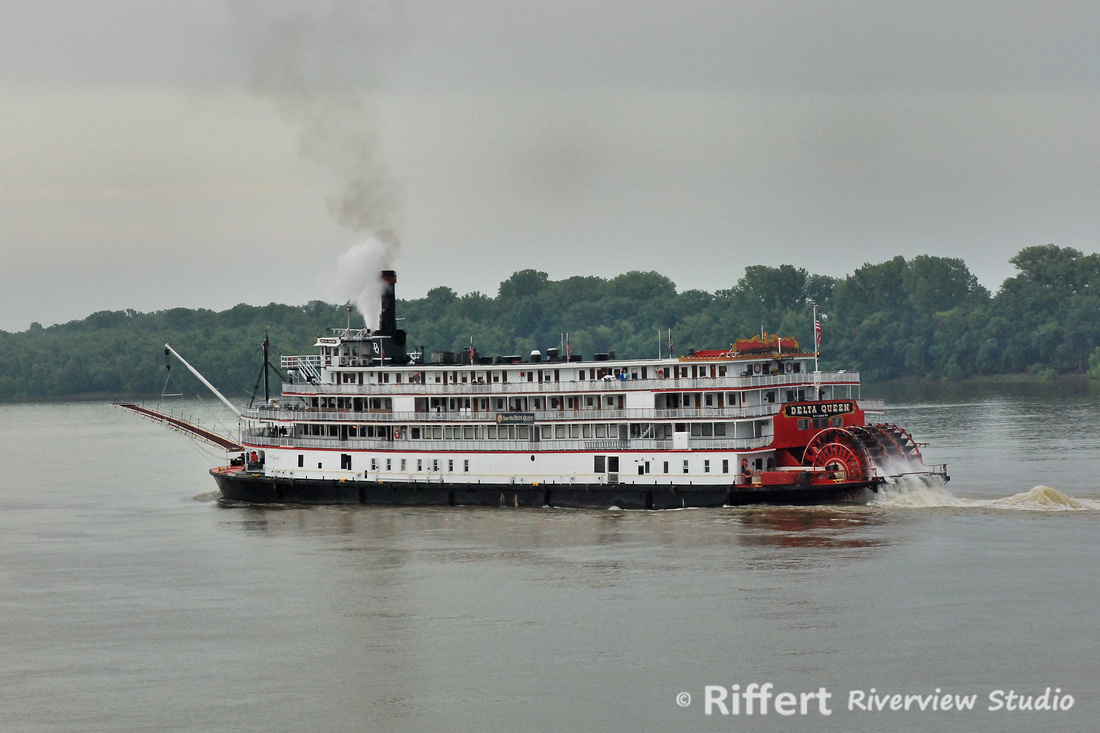