I took this photo of the Blue Bridge(Glover Cary Bridge) over the Ohio River in November 2008. The Glover H. Cary Bridge is a continuous truss bridge that spans the Ohio River between Owensboro, Kentucky and Spencer County, Indiana. It was named for the late U.S. Congressman Glover H. Cary (1885–1936), and opened to traffic in September 1940. It was originally a toll bridge, but tolls were discontinued in 1954. Local residents call the Cary Bridge the "Blue Bridge" because of its color. 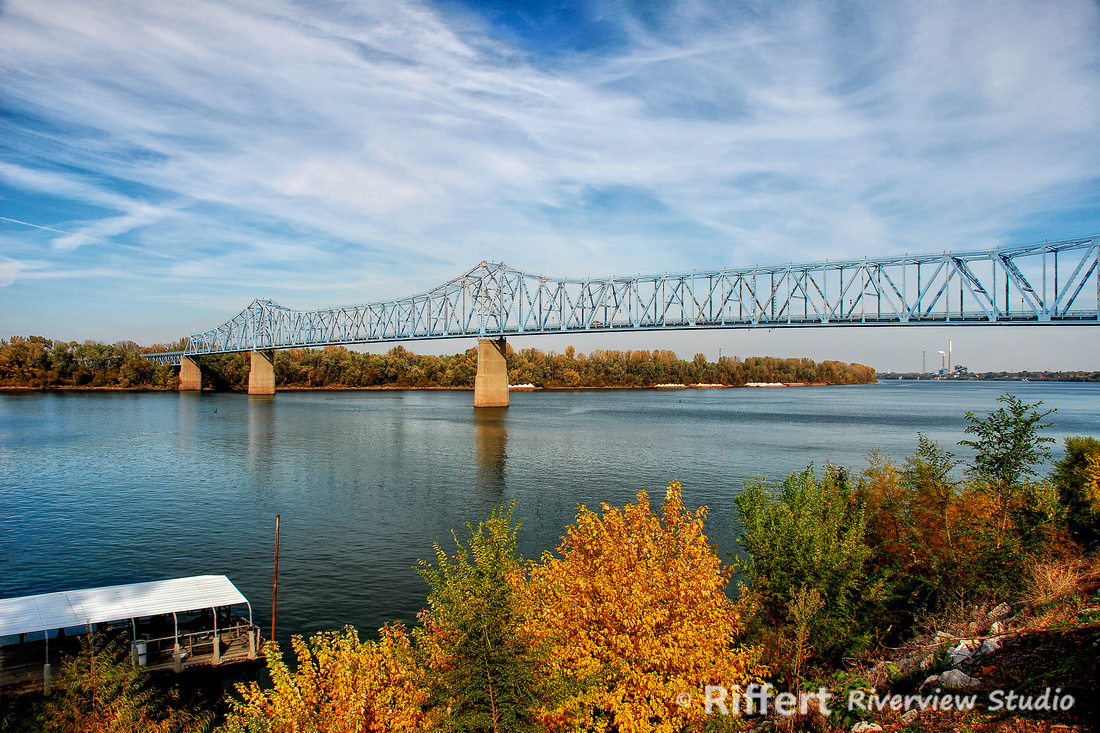