I was never able to photograph the Mississippi Queen with my Nikon D80 since it had finished its river excursions prior to my obtaining the camera. However I did manage to capture a few with my Nikkormat FT2 film camera back in the late 1980's. Here are some of the better ones from which I scanned the negatives.

The Mississippi Queen was the second largest paddle wheel driven river steamboat ever built. The ship was the largest such steamboat when she was built in 1976 by the Delta Queen Steamboat Company at Jeffboat in Indiana and was a seven-deck recreation of a classic Mississippi riverboat. She was later owned by the Majestic America Line. The Mississippi Queen had 206 state rooms for a capacity of 412 guests and a crew of 157. It was 382 ft long, 68 ft wide, and displaced 3,364 tons. The Mississippi Queen was laid up in New Orleans at Perry Street Wharf after being gutted, initially for renovation. Instead, however, the steamboat was sold for scrap in May 2009. She was towed for the last time to Morgan City, Louisiana on March 24, 2011 to be cut down. Dismantling had begun by April 7 of that year. 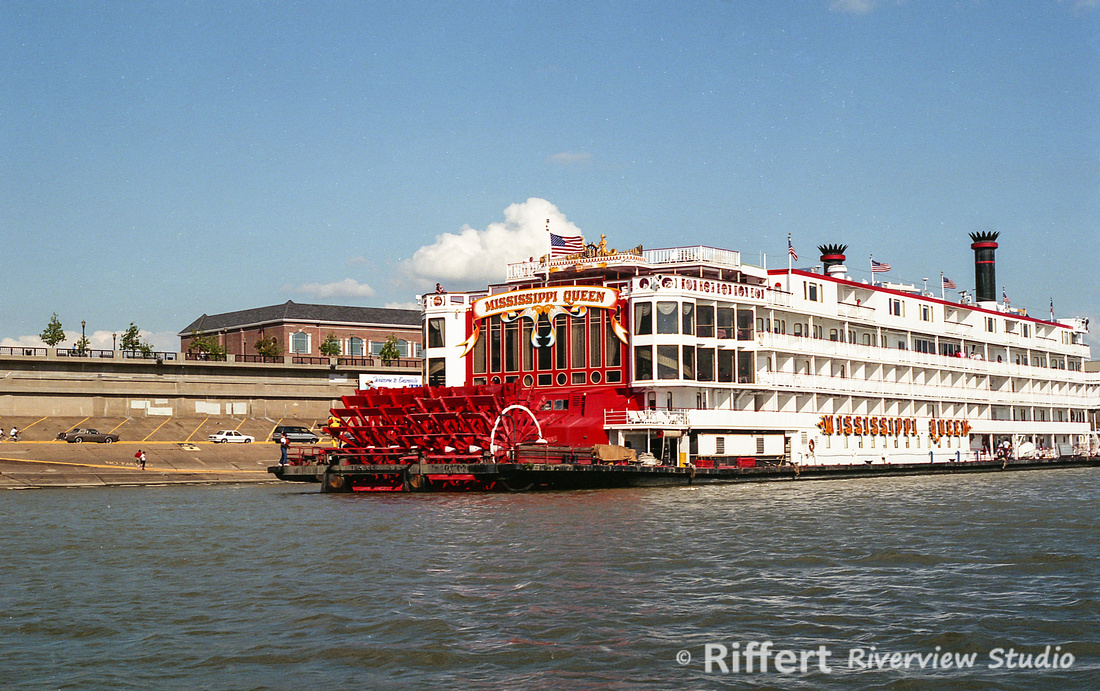 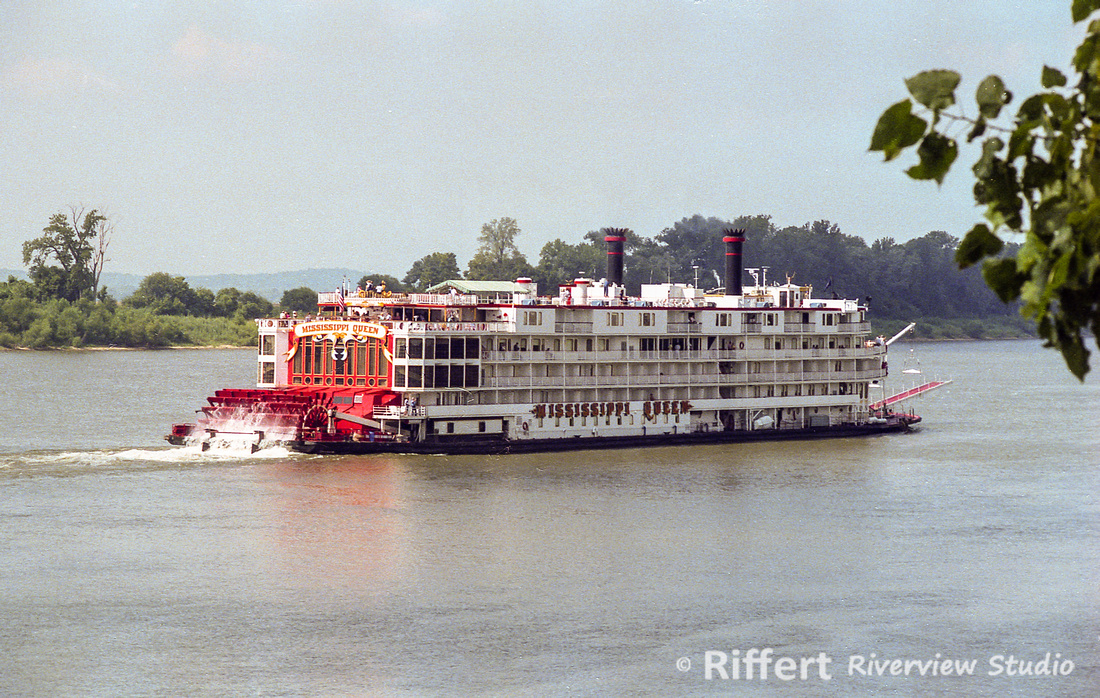 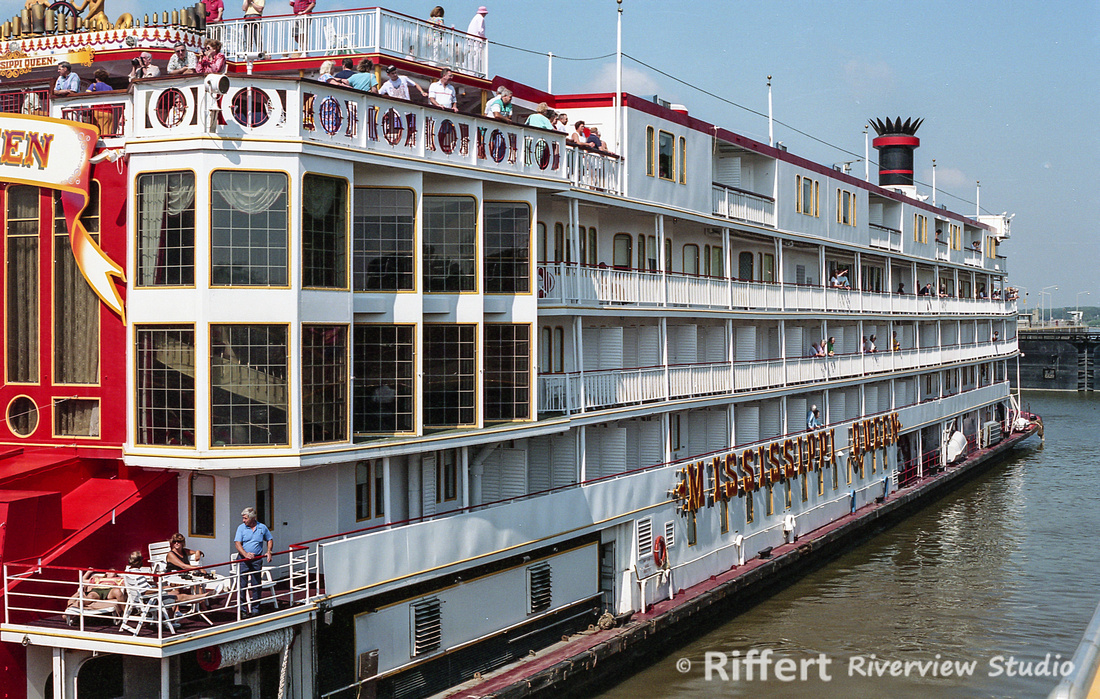 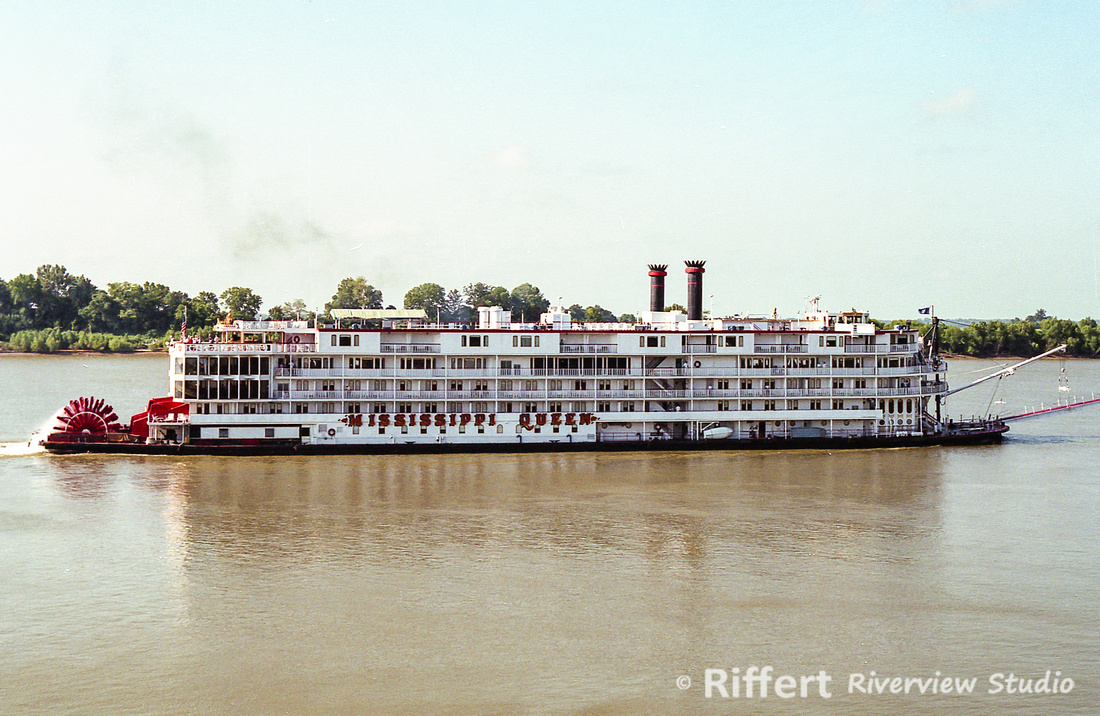