I took this photo of St Boniface Catholic Church in Evansville, IN in September 2009. St. Boniface's parish was organized in 1880 to serve the residents on the west side of Evansville, primarily of German descent. The original church was built in 1881 but was destroyed by fire which started by lightning on Easter Sunday, March 30th, in 1902. The present church as seen below, was built in 1903. Although the plan varied somewhat from the orignal structure(the towers supporting the spires were a bit taller and side walls had gabled dormers), the overall appearance of the new edifice corresponded to that of the original one. 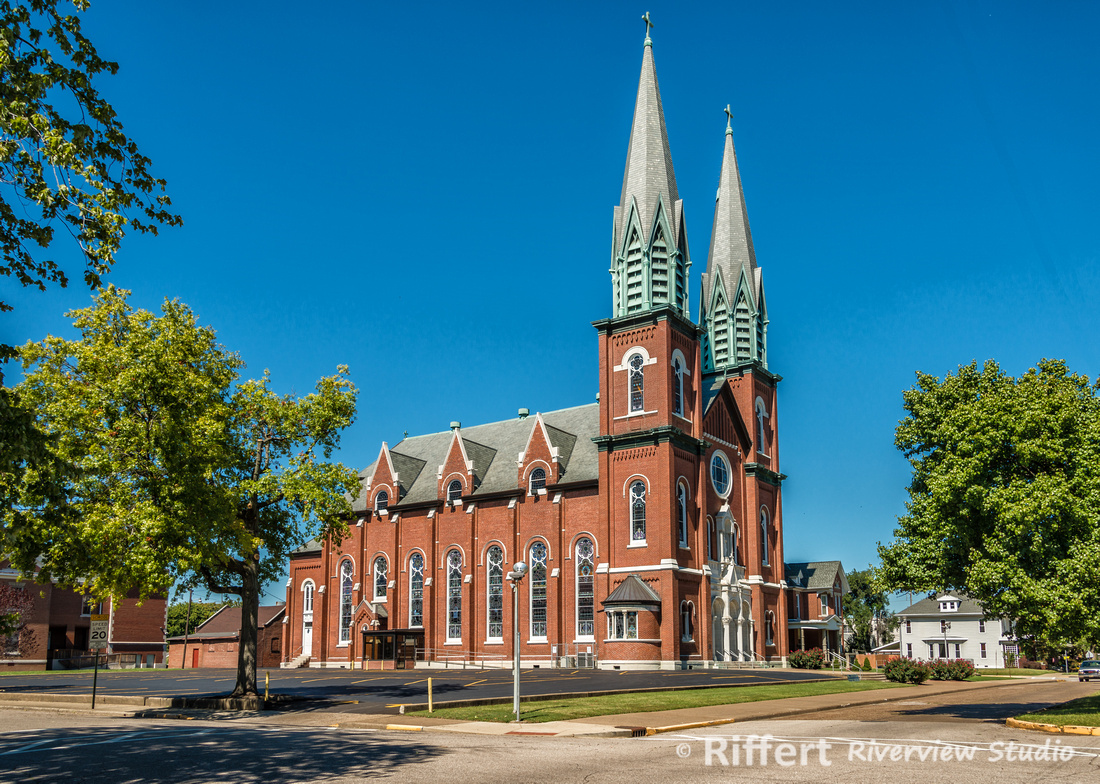