I took this photo of the American Queen in June 2007 from my backyard deck overlooking the Ohio River in Newburgh, IN. The American Queen, the largest steamboat ever built, was built in 1995 and is a six-deck recreation of a classic Mississippi riverboat, built by the Delta Queen Steamboat Company. Although the American Queen's stern paddlewheel is indeed powered by a genuine steam plant, her secondary propulsion and much maneuverability comes from a set of diesel-electric propellers, known as Z-drives, on either side of the sternwheel. She has 222 state rooms for a capacity of 436 guests and a crew of 160. She is 418 feet long and 89 feet wide.

The American Queen was retired in November 2008 due to the failure of Majestic America Line (her owner). As of April 2011, the American Queen is under contract to HMS Global Maritime, based in New Albany, IN. The new operator, The Great American Steamboat Company announced plans to return her to Mississippi River service from a port in Memphis, TN. In April 2012, the American Queen will begin a season of three- to 10-night voyages out of a variety of southern and Midwest homeports, including New Orleans, Pittsburgh, Louisville, Cincinnati, St. Louis and Memphis. 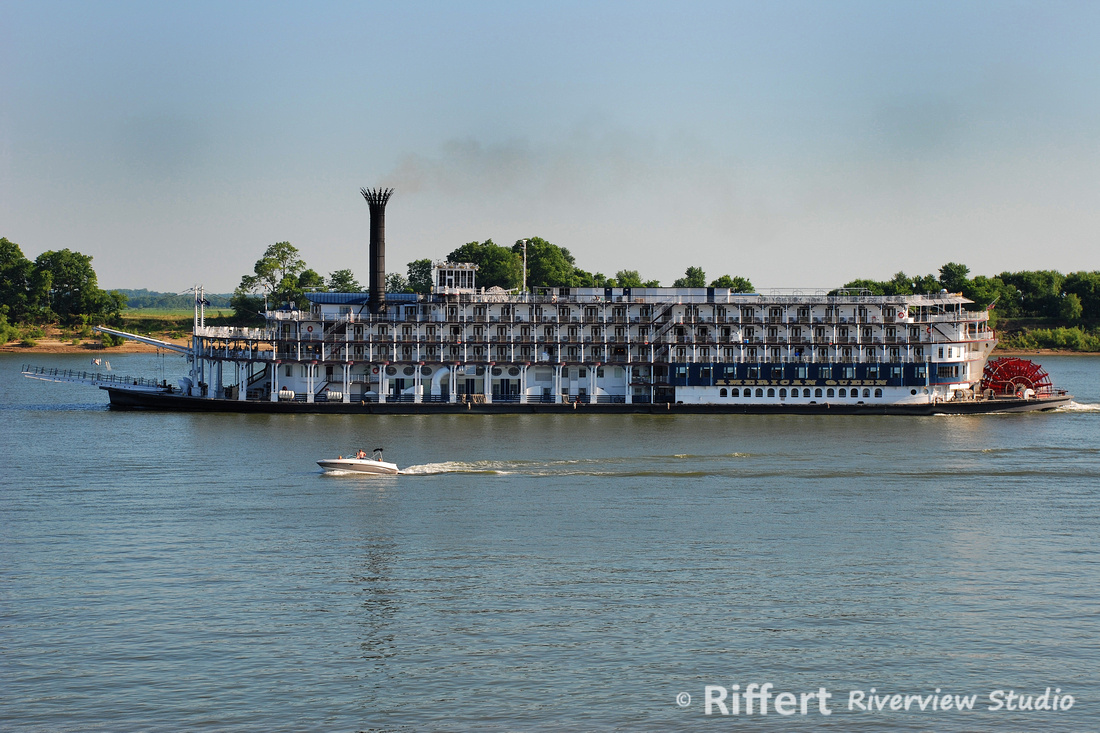